İstanbul Medipol University Professors, Prof. Dr. Şen and Prof. Dr. Delarosette ranked in the “Most Influential Scientists of the World” 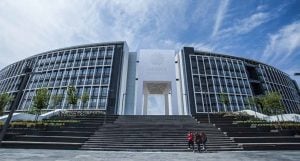 Prof. Dr. Zekai Şen and Prof. Dr. Johan Joseph Delarossete ranked in the “Most Influential Scientists of the World” published in Plos Biology.

Prof. Dr. John P. A. Ioannidis and her team at Stanford University ranked 22 scientific fields and 176 subfields, considering essential criteria such as the H-index of 2019, number of publications, and citations. After the evaluations, a list -consisting of 160 thousand people who are in the 2 percent slice among 7 million scientists from different subdisciplines- was published in the Plos Biology Magazine. Prof. Dr. Zekai Şen of the School of Engineering and Natural Sciences and Prof. Dr. Johan Joseph Delarosette of the International School of Medicine was listed among the most successful scientist with 857 scientists from Turkey.